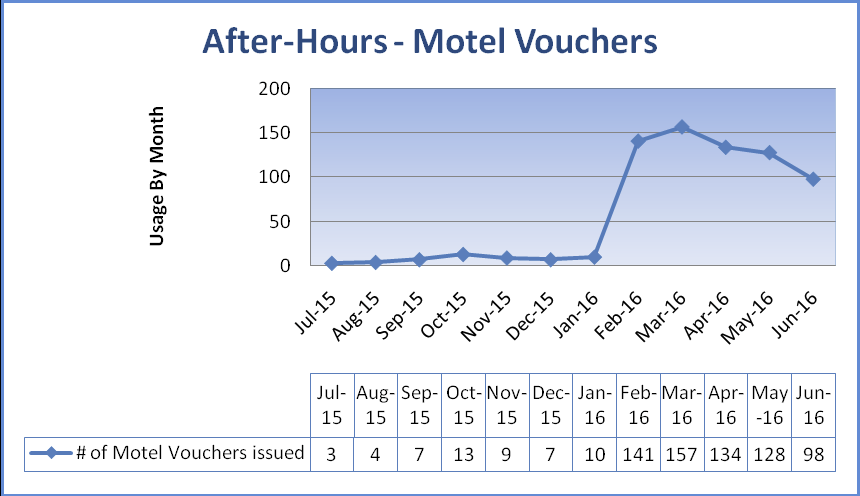 CES for Families After Hours

Description: A horizontal bar graph with the x-axis represents the numbers of screenings from 0 to 2000 and the y-axis shows the months and year starting from July 2015 to May 2016. The highest number of screenings occurred during August 2015 and the lowest occurred during February 2016 with 1072 screenings.

Thank you for contacting 211 LA. One of our Community Resource Advisers will contact you back very soon.

DISCLAIMER:
By clicking the submit button, you are authorizing 211 LA to contact you at the call back number provided.